A family of 4 or 5 raptors has nested in Tahoe Park above the playground, and I need help identifying them. I’ll have to go back with a better camera, but in the meantime if anyone who has been there recently can shed some light, my kids and I would be grateful. All I know is it is not a red tailed hawk; we see enough of those to spot them. It is a small raptor with a white belly and grey back and hood, and a striped tail. I have concluded that they are Merlins, a small falcon breed that apparently is becoming common in urban areas. Whatever they are, they are neat! Today we found a bird carcass below the nest; I imagine one of them fell and died and stray dogs ate it? Or perhaps they killed and ate a pigeon–would birds do that?

UPDATE Monday 1:00 PM: Mrs Cool and the kids snapped some awesome photos today, including some that add an air of mystery to the proceedings.

Here is a great shot of two of the birds: 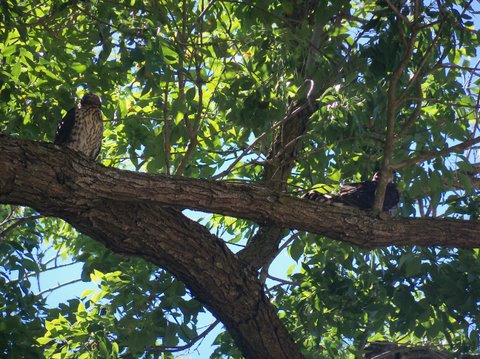 Here is one highlighting the tail feathers: 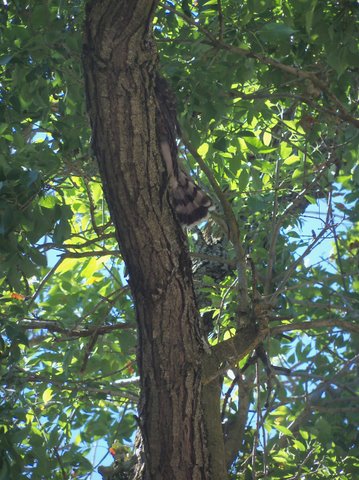 And here is where things get interesting. Another carcass was discovered, and this one was tagged! “NCRC 2011” I believe. 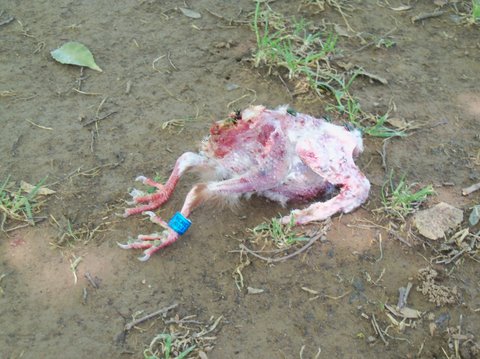 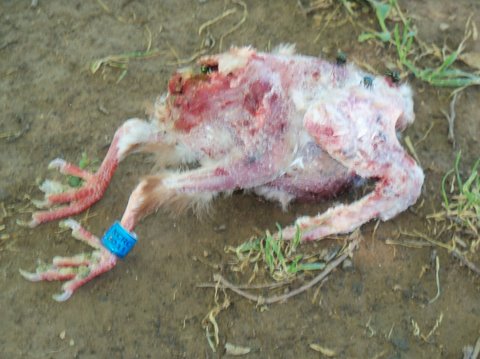 What say you, raptor enthusiasts?

9 thoughts on “Name this raptor UPDATED with photos”