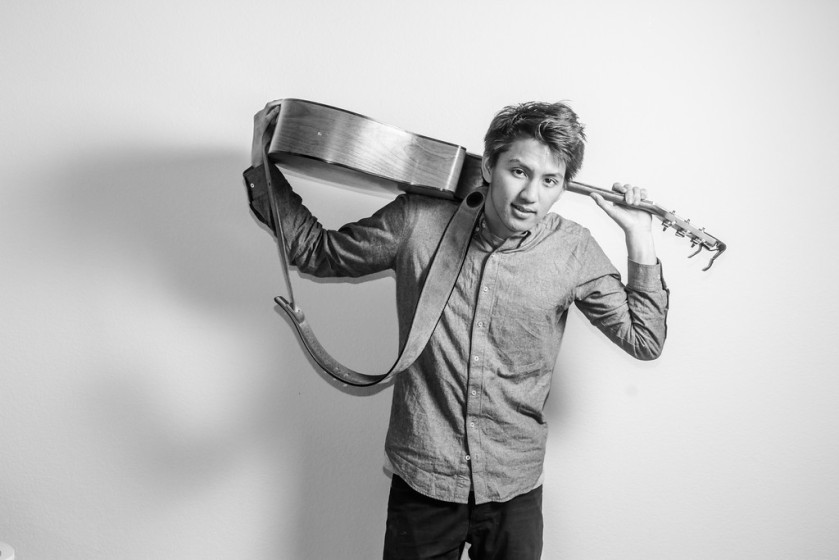 De Guzman was chosen from among eight other finalists out of more than 600 stand-up comedians who auditioned at open calls last year in New York City, San Diego, Nashville and Austin.

Born in the Philippines and raised in California, De Guzman began performing stand-up comedy while working as a music teacher. He has performed for Stand-Up Tokyo and ROR Comedy in Japan, the Jokers Ball in Indonesia, the Badaboom Comedy Series in Amsterdam and the Edmonton Comedy Festival. He has shared the stage with Tim Allen, Margaret Cho, Daniel Tosh, Jerrod Carmichael and Iliza Shlesinger.

The prize includes a 1-year talent deal with NBC. In addition to his national and cable/streaming appearances, JR is performing at the ‘Spot later this month. 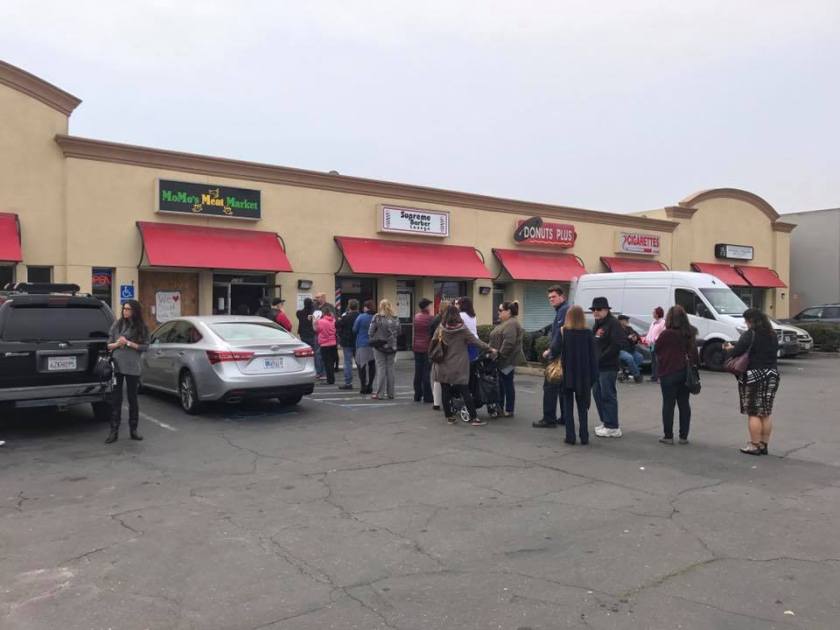 Earlier this week vandals broke the front windows at Momo’s Meat Market in Tahoe Park, and next door the Supreme Barber Lounge was burglarized and hit with racist graffiti, because people are terrible.

But because people are also amazing, neighbors in my beloved former hood Tahoe Park are coming out in force to show these businesses some love. A group gathered to help the owners of Supreme Barber Lounge with cleanup, and raconteur, rabble-rouser, and one time (literally) writer on this here web log Isaac Gonzalez is blowing up Facebook with photos of huge groups gathered at Momo’s today for lunch.

And if you were wondering: yes, of course the graffiti swastika was backwards.

Cafe Lumiere, a breakfast joint across the street from the affected shops, is also getting in on the action:
https://www.facebook.com/plugins/post.php?href=https%3A%2F%2Fwww.facebook.com%2Fcafelumieresacramento%2Fposts%2F1549378838413863&width=500

When Redditor “Ransacked,” who you might know as Sac Rag writer “Ransacked,” had a watermelon grow into and through a light fixture in his booming garden, he posted it to Imgur and sent the link to the “MildlyInteresing” forum on Reddit. And then it hit the #1 spot on the entire site. Pic, because it happened: 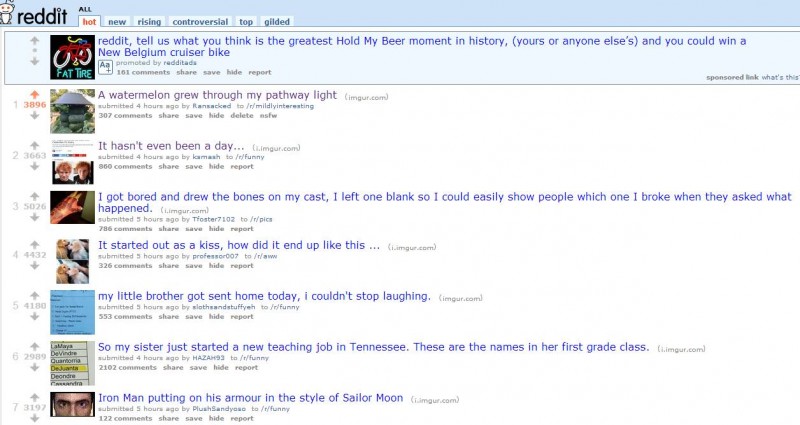 I’m actually not sure how rare it is for a Sacramentan to have the #1 post on Reddit, but this is where 275 people in a comment thread should tell me all the times it happened.

You can’t make this stuff up. Julia Stanley-Metz from right here in Sacramento dreamed up “Wavy Mango and Salsa Potato Chips” and is subsequently one of just 4 finalists for a $1 million grand prize from Lay’s.

On Tuesday, July 29, Julia Stanley-Metz will be joined by the Mayor of the City of Sacramento Kevin Johnson at World Peace Rose Garden to officially proclaim the date, â€œLayâ€™s Wavy Mango Salsa Potato Chip Day in Sacramento.”

END_OF_DOCUMENT_TOKEN_TO_BE_REPLACED

Choice placement for CBS13/CW31’s Mark S. Allen on the DVD cover for “Frozen,” sure to be one of the biggest releases in recent years. 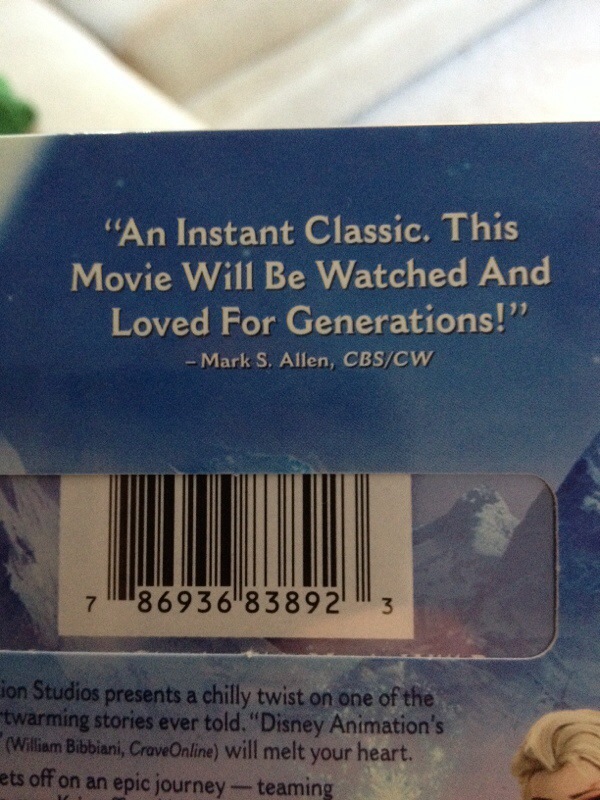 Arjun Singh, percussionist with Wallpaper and YouTuber behind “The Public Access Show,” was rubbing elbows with the Sacramento geek community last weekend at the inaugural Wizard World convention. Here are some photo highlights:

END_OF_DOCUMENT_TOKEN_TO_BE_REPLACED

Nothing says the holidays like ugly sweaters, inflatable Christmas decorations and charitable acts. Especially when those acts are rewarded with beer.

Blow-up candy canes and a Christmas tree arch lined the sides of William Land Park as masses mustachioed with temporary tattoos dressed in their best, or worst, ugly Christmas sweaters gathered to partake in the third annual Ugly Sweater Run.

END_OF_DOCUMENT_TOKEN_TO_BE_REPLACED

In case you enjoyed following the crime- fighting exploits of “Batkid” on Friday, you’ll want to know that among the many amazing people who made it possible was 7-year old Carmichael resident James, who donated the awesomely realistic pint-sized Batsuit worn by the Batkid himself. CBS13 reports:

So in coming up with the criteria for the best single cities in California, we had to narrow it down to what we thought were â€œtypicalâ€ requirements for todayâ€™s single. This included:

So to sum up: Fewer married people + places to mingle + young people to mingle with + a price you can actually afford = the singlesâ€™ mecca – which was apparently Sacramento.

The folks at Movato did a good job explaining their methodology, give it a read.

Do you single folks out there agree?

I’ve been passing this sign recently along a newly protected area on the American River Parkway and finally stopped to see what was going on. It is adjacent to the Capital City Freeway near Cal Expo.

As someone who has incessantly chronicled the displacement of the homeless along the bike trail, I must say that I find it odd that the valley elderberry longhorn beetle gets a better deal than the homeless.