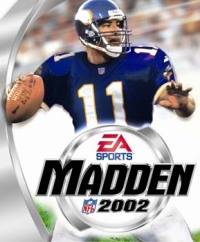 The Sacramento Mountain Lions are close to signing former NFL quarterback Daunte Culpepper. Culpepper tried to give it up two years ago only to come back with the Detroit Lions last season.

How the sporting world views the UFL:

Not being able to land a job anywhere in the NFL, even as a third-stringer, has got to be difficult to accept for Culpepper, who most recently played quarterback for the Detroit Lions. We’re talking about a two-time All-Pro, a three-time Pro Bowler and a guy who once graced the cover of Madden. Now he’s on a team that’s also accepting players from open tryouts.

“I believe there are enough talented athletes out there who can succeed in professional football and we are giving them that opportunity,” said Sacramento Mountain Lions head coach Dennis Green. “Players who enjoyed successful college careers but for whatever reason did not then play at the professional level are still out there and we plan to find them.”

So, will you go to a Mountain Lions game?