The Game Guy pointed out that unless Fairy Tale Town has extremely deep pockets or lots of political firepower, their “Harry Potter” night is a bazillion dollar licensing lawsuit waiting to happen. Despite the threat of legal action, a good time was had by all.

Lots of kids ran around in Hogwarts robes and Gryffindor ties, which was cute. Some cosplaying grownups, including a Snape/Voledemort/Tonks/Mad-Eye Moody family, a Dobby mask, and awesome Lucius and Narcissa Malfoy couple’s costume. The trivia contest game show was a hoot; the showing I attended was won by an 8 year old in Quidditch robes, sitting on his dad’s lap. A few photos after the jump.

Humpty donned the licensed round glasses for the event. Though no lightning-bolt shaped scar which could have doubled as a visual pun on the broken egg. A real missed opportunity. 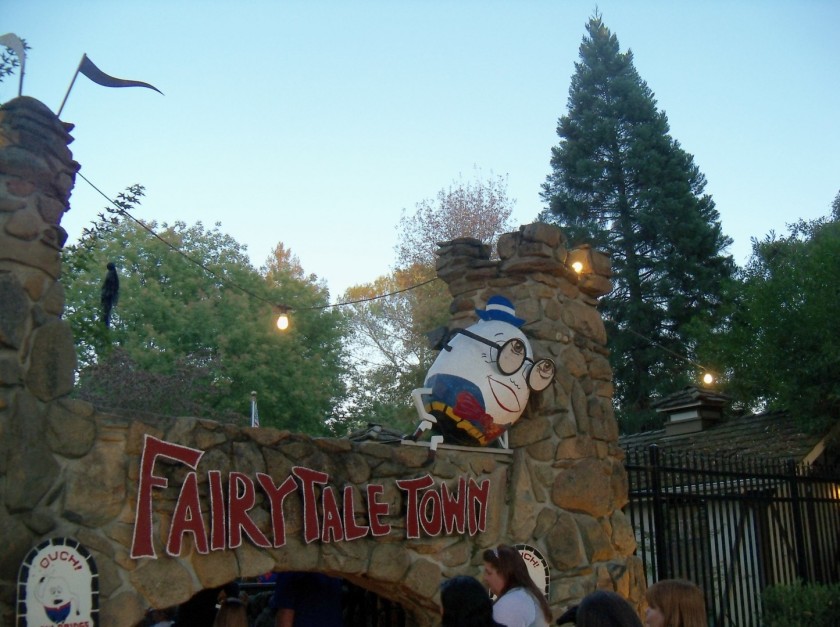 Dementors circled above the castle. There is one in the distance of my first shot which I didn’t notice at first. 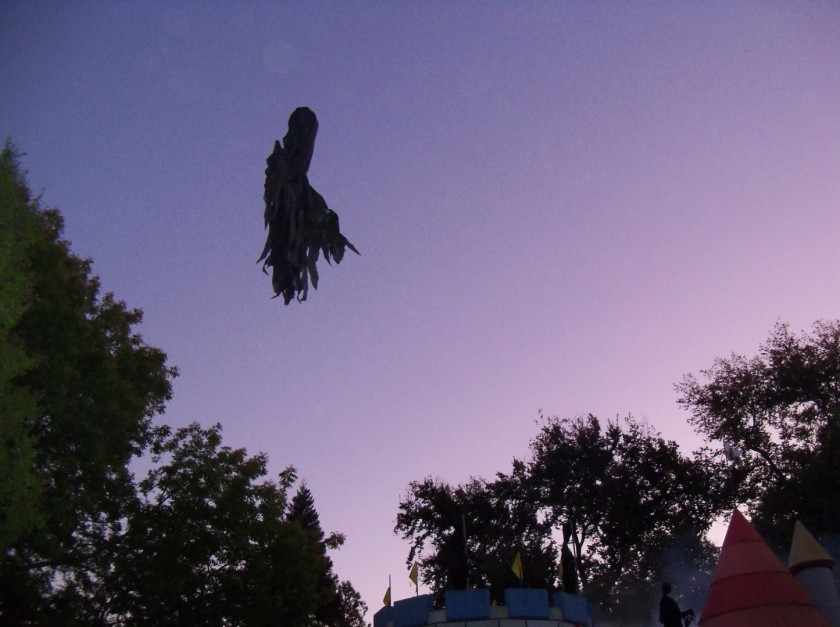 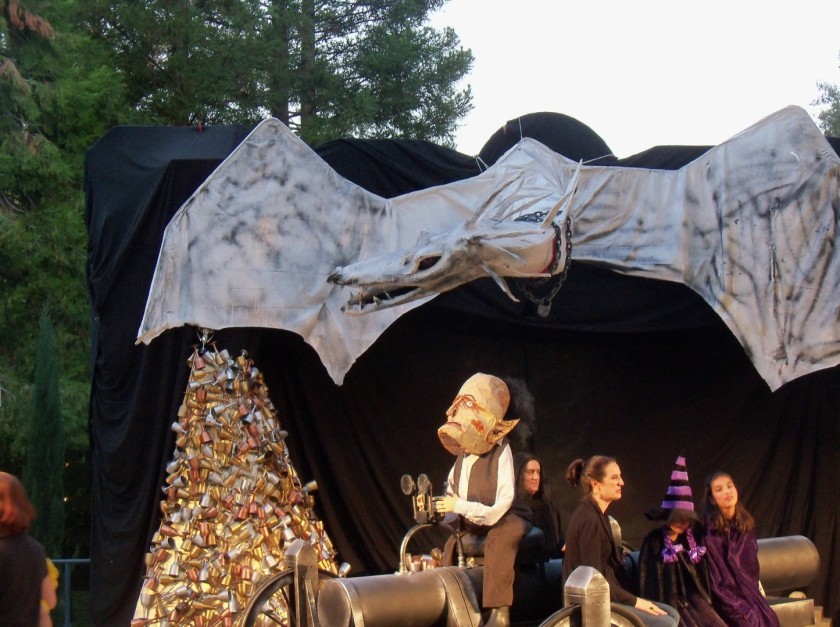 Pretty cool fan art: a drawing depicting the origins of the Deathly Hallows. 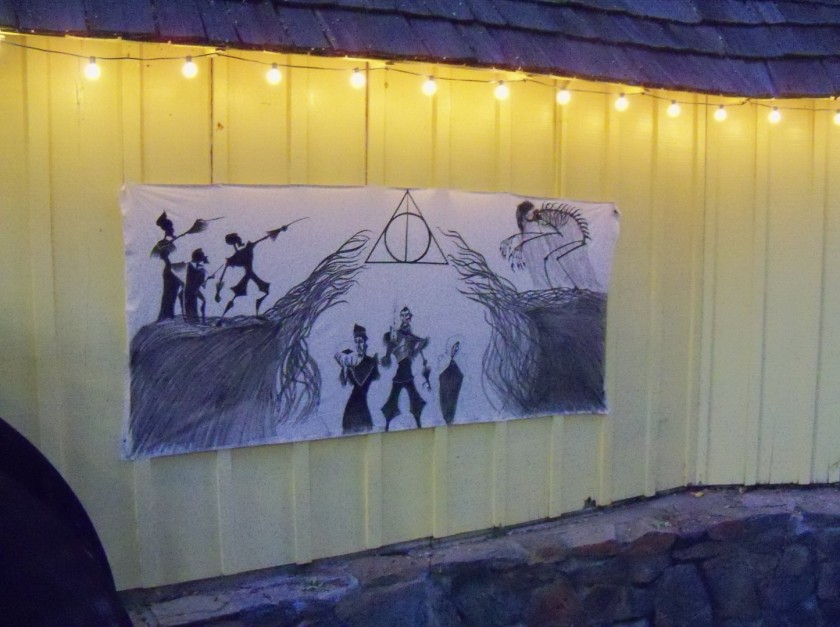 We rounded out the night with Double Potions, taught by teenage Death Eaters.